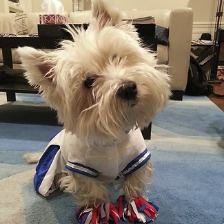 From C++98 up through and including C++17, these three kinds were very easily distinguishable by syntax:

As a result, if looking through unfamiliar code, you came across template <Kind Name> where you didn’t know what Kind was, you could rightly conclude that this is a non-type template parameter. Indeed, in C++17, I would guess that it’s most likely some kind of enumeration. If not that, then perhaps an alias for an integer type or even a function pointer type. But, importantly, you know for sure that it’s a value - because types are always introduced by class or typename and templates are introduced by template. You might not know yet what actual type Kind is, but at least you do know that it is a type.

This all changes dramatically in C++20 due to a confluence of several features.

One of the major new language features in C++20 is concepts, which allow us to write constrained templates as a proper language feature. And one of the early realizations in concepts design was the combination of factors that:

And so as early as 2003 (N1536), even before we have any other aspect of concepts that is recognizable as C++20 concepts, we have the introduction of concepts in place of the class and typename introducers:

Note that in this paper, we don’t even have the notion of a requires clause yet (or a where clause, as some earlier papers spelled it). Although today we would recognize this syntax as being a convenient short-hand for:

Another new language feature in C++20 (P0732 and then P1907R0 and P1907R1 - I’m deliberately linking both) was extending the allowable set of types that could be used as non-type template parameters to include some class types. In the original design, the restriction was based on a defaulted <=> while in the new design the restriction is based on having all base classes and members public.

As a simple example, this means that the following is valid in C++20 whereas it was ill-formed before then:

Now, when we combine this feature (allowing class types) with a feature we already had (class template argument deduction, from C++17), we end up being able to write something as follows:

This is a very important piece of functionality since we cannot have a string literal as a template argument (a somewhat inherent problem since you want A<"hello"> to be the same type across all translation units but it’s hard to make the string literals “equal” in the sense that they need to be) and we cannot yet have std::string as the type of a non-type template parameter parameter (still have to figure out how to teach the compiler to mangle/demangle this case), so this fixed_string approach is currently our only way to have strings as template arguments.

Putting it all together

What does this mean for being able to read unknown code?

In C++17 (as in C++98), when you see template <Kind Name>, you knew for sure that this was a non-type template parameter and that Kind was a type (and that type is probably an enumeration).

But in C++20, when you see template <Kind Name>, you really don’t know what this could be. We could have:

It’s still really early to be able to stay with confidence which of these cases will end up being the most common, but simply because template type parameters are by far the most common, I would guess that constrained type will eventually overtake non-type template parameter as far as this syntax is concerned (that is, I’d expect the order I listed above to be the order of likelihood).

This lack of distinction in kinds was something that I became very aware of when I was exploring Mateusz Pusz’s units library (which is quite good!). That library makes use of various new C++20 facilities, including constrained templates and class types as non-type template parameters. But it does mean that you might not know what these things are:

Here, I know that Symbol is a non-type template parameter whose type is a specialization of basic_fixed_string (because I’m familiar with this structure, and indeed just showed it in the previous section). And I can deduce that U has to be a type constrained by the concept Unit due to the additional requirement that U::is_named (since U cannot be a value with that syntax, it must be a type).

But are D1 and D2 types or values? BaseDimension seems unlikely to be a class template in this context (but it… could be) and if you don’t know how dimensions are defined in this library yet, you could conceive of a BaseDimension being a specific type that you have instances of. Although if D1 and D2 were values, why would we need a type to compare them, wouldn’t we just use <?

The most fun example in the whole library is:

Now, in this particular library, we can take advantage of naming convention to help us out dramatically. If I told you that concepts were always PascalCase while class types were always snake_case, it would really help us differentiate what’s going on here:

Could we have done things differently?

That’s really the obvious question. Was there a different syntax choice we could have made that would have made unfamiliar code easier to understand? Now, it’s not like simply knowing that PF is a type and R is a value in the above class template declaration automatically means you understand the code. What’s a ratio? What’s a PrefixFamily? You still probably don’t know (although you can probably at least guess what a ratio is). But it does help a lot in simply knowing that one is a type and one is a value.

The simplest change would have been to not have the type-constraint syntax. So the above declaration would have to have been:

And now obviously PF and U are types. But this isn’t really satisfactory, since most template parameters are types and a lot of them really should be constrained, so having a lot of syntax to do so… kind of sucks?

The way I really wish we could go would be a much more dramatic change, to spell it something like this:

This is shorter than what’s in the actual library and would be completely unambiguous to humans. What I’m doing here is changing template type parameters to have no introducer at all (no typename or class) but can instead take an optional trailing constraint after a :.

The general approach of putting the constraint following a : isn’t new. Several other languages do something like this. And it’s not even novel in C++ discussion specifically. The Design and Evolution of C++, originally published in 1994, includes this piece of syntax in a section title “Constraints through Derivation” (pg 344, although still including the class introducer):

But the syntax I’m suggesting, omitting the class or typename introducer, is ambiguous with syntax we have today, since I have been able to write this since always:

Where this declares a class template that takes a non-type template parameter of type int with no name. But anonymous parameters really encroach on the syntax space - they’re rare (usually when you have parameters it’s because you want to use them for something) and the cost of adding a name for a parameter is exceedingly small (you could use _, or silly variations like _1, _2, …).

I think it’d be much more valuable to change the syntax above to instead mean a class template that takes a single type parameter named Identifier. This follows the motivation of all the original concept papers: the typename or class introducers are kind of just line noise that doesn’t mean anything. They reused that slot to be able to add a constraint, which is a much more meaningful use of a syntax. But unfortunately that means that now reading template declarations is ambiguous (to humans, not to compilers).

Of course, C++ cannot change in this direction because it would dramatically change the meaning of some existing code.

Unless we added epochs…